A System for Encouraging Devotees by Recognizing their Chanting and Spiritual Standards. 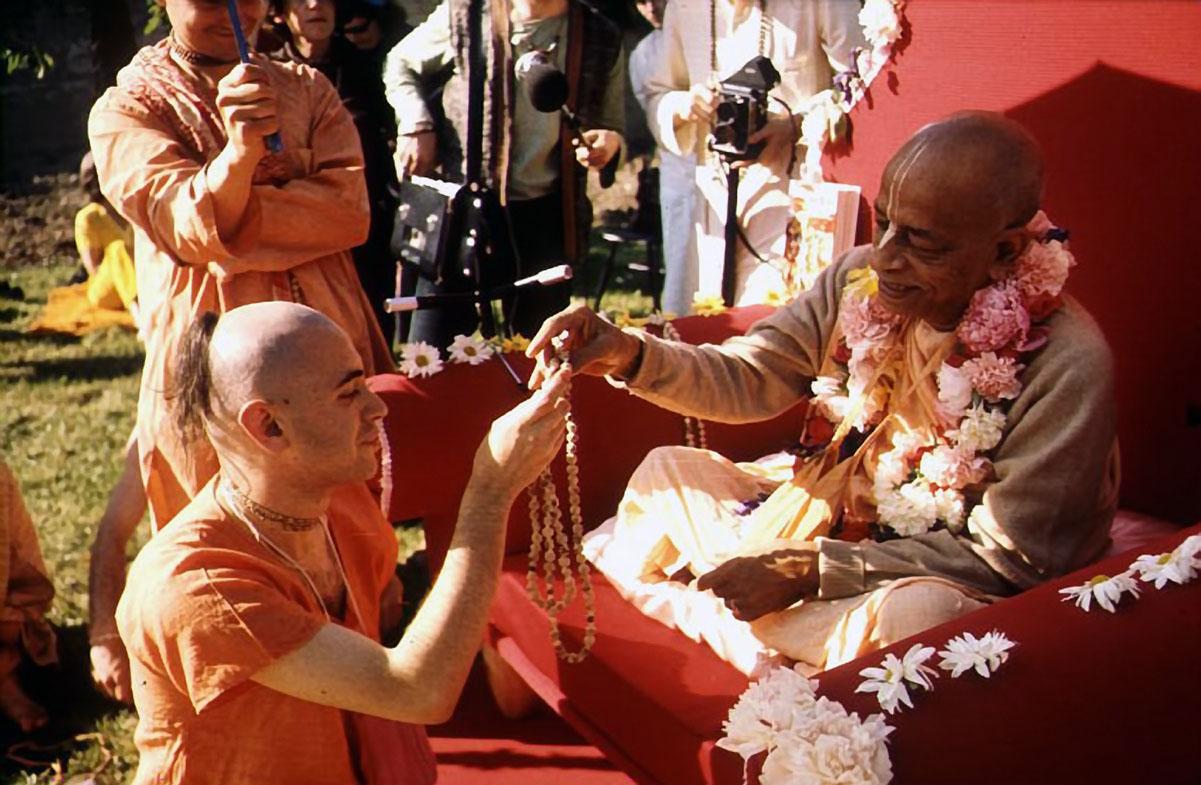 what is bhakti steps?

The Bhakti-Steps Program is a system for encouraging the congregation by recognizing their chanting and their spiritual standards. It is a great way to help congregational devotees to consolidate and increase their spiritual practices. It also offers a system to identify who is serious in advancing in Krsna consciousness, an important consideration especially in forming and consolidating your groups.​

The Bhakti-steps Program has five levels, gradually leading to initiation​ the levels, in brief, are:​

Sraddhavan — Chanting at least one round of Hare Krsna maha-mantra every day and reading Srila Prabhupada’s books.

Recognition​ – Congregational members feel accepted as practicing devotees and feel that they are making progress. They feel appreciated for their devotional efforts. This inspires them to advance more and more.​

Gradual Progress​ – The Bhakti-steps Program offers congregational devotees a step-by-step approach to sadhana–bhakti. It is rather discouraging—and it is philosophically incorrect—to make people feel that, one can only advance in Krsna consciousness if he strictly follows the four regulative principles and chants sixteen rounds. Most people cannot immediately aim at following all the standards required for initiation. It is easier to fix the mind on the next target (from one to four rounds, from four to eight, from being vegetarian to eating only prasada, and so on).​

Not Based on Financial Contributions​ – Sometimes people feel appreciated by the temple only when they give money. Those who cannot give financial contributions sometimes feel neglected. The Bhakti-steps Program is not linked with donations and it is open to everyone, independently of monetary conditions.​

Prevents Defections​ – Srila Prabhupada established high standards for initiation in the International Society for Krsna Consciousness. Organizations and individuals outside ISKCON often take advantage of ISKCON’s congregation by offering lower-commitment initiations. These cheap initiations allure many members of our congregation away from ISKCON. Through the Bhakti-steps Program the congregation develops a strong feeling of belonging to Srila Prabhupada’s movement. Their affiliation with ISKCON is reaffirmed by their acceptance of ISKCON’s Bhakti-steps Program.​

Encouraging the Congregation: The Siksa Ceremony

1. ISKCON Leaders and GBC Members (with the exception of ISKCON initiating spiritual masters who cannot perform this ceremony except when it is for an approved guru-asraya (sheltered) or approved aspirant disciple) shall, within their area of authority, be permitted to publicly bestow acceptance and recognition to members of its congregation for devotional achievements and progress in devotional service.

2. Local temples and congregational preaching units should implement programs for aiding the congregational members to enhance their standing, and for training them to qualify for the higher levels. This should include following a recommended study course for the different levels (Adult Education and Congregational Preaching Monitors shall recommend.)

4. The recognition shall be granted in any of the following categories (giving these is optional, as also the bestowal ceremony according to local time, place and circumstance)

Accepting the Sacred Order of Lord Caitanya - (Sat-sangi, or Sraddhavan)
Qualifications: Accepting the instructions or sacred order of Lord Caitanya to chant Hare Krsna (minimum one round per day), to worship Lord Krsna (to visit the temple or otherwise cultivate devotional service as far as possible), and to read the teachings of Lord Krsna (Bhagavad-gita, Srimad-Bhagavatam, and other books of Srila Prabhupada). [Note: Since this broadly correlates with sraddha or sat-sanga stages of devotion, they can generally be called as “Sat-sangi” or “Sraddhavan”.]

Krsna (or Gauranga) Sevaka
Qualifications: Chanting a minimum of four rounds of Hare Krsna japa per day, refraining from meat-eating (including fish & egg), believing in Lord Krsna as the Supreme Personality of Godhead, possessing a devotional attitude, and avoiding of grossly immoral acts (drugs, prostitution, etc.)

Qualifications: Chanting a minimum of eight rounds of Hare Krsna japa per day, refraining from intoxication, meat-eating (including fish & egg), gambling, and extra-marital sex, offering of bhoga to pictures, establishing an altar at home, and generally accepting the process of sadhana-bhakti.

Qualifications: Practicing the minimum standard of Krsna consciousness for ISKCON members as given by Srila Prabhupada, namely chanting of minimum sixteen rounds of Hare Krsna japa per day, refraining from intoxication, meat-eating (including fish & egg), gambling, and illicit sex, and generally showing a strong conviction in Krsna consciousness.

Sri Guru Carana Asraya
Qualifications: Same as Srila Prabhupada Asraya, with additional faith and surrender in an authorized spiritual master coming in the disciplic succession. Must have been practicing Srila Prabhupada Asraya standard for a minimum of six months. They should pass the exam provided for in ISKCON Law.
Page load link
Go to Top